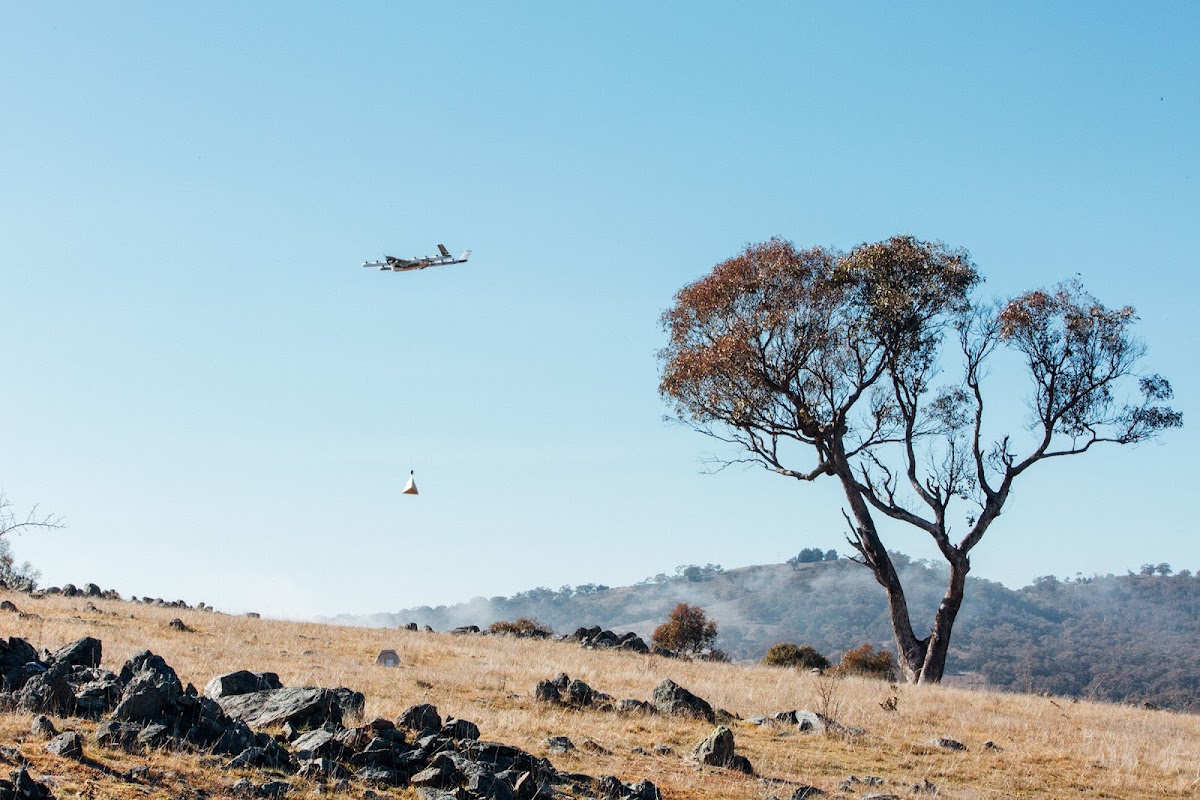 Tracking UFO sightings. Chasing balloons through California’s central valley. Finding friendly New Zealanders who let us stick a secret new technology on their house. Studying whether defibrillators delivered by air could save lives. Meeting welcoming Aussies who let us send them candy and dog treats by air. Delivering lunch to hungry Virginia Tech students and faculty. And more recently, delivering Internet connectivity to people in Puerto Rico following Hurricane Maria and delivering food and other goods to people in the suburbs of Canberra, Australia. These are the colorful paths that Loon and Wing have taken.

In a lot of ways, they’re representative of any X team’s path to a moonshot: the journey is rarely predictable and it’s never easy, but it’s always amazing to realize that with audacity, bravery, and willingness to learn and struggle, the seemingly impossible can actually be possible. Today, unlike when they started as X projects, Loon and Wing seem a long way from crazy — and thanks to their years of hard work and relentless testing in the real world, they’re now graduating from X to become two new independent businesses within Alphabet: Loon and Wing.

As Other Bets, they’ll continue the missions they started here at X. Loon will work with mobile network operators globally to bring internet access to unconnected and under-connected people around the world. Wing is building a drone delivery system to improve the speed, cost, and environmental impact of transporting goods, and an unmanned-traffic management platform to safely route drones through our skies. In line with the spirit in which Alphabet was created, these new companies will have their own leaders. Alastair Westgarth is the new CEO of Loon, while James Ryan Burgess is the new CEO of Wing in partnership with Adam Woodworth as Wing’s CTO.

X’s job is to create radical new technologies and build a bridge from an idea to a proven concept. Now that the foundational technology for these projects is built, Loon and Wing are ready to take their products into the world; this is work best done outside of the prototyping-focused environment of X. With Loon and Wing now leaving X to join the ranks of graduates like Waymo, Chronicle and Verily, we can turn our resources to new moonshot adventures, as well as our ongoing work in robotics, free-space optics and Glass.

Congratulations, Loon and Wing! We can’t wait to see what you do next.