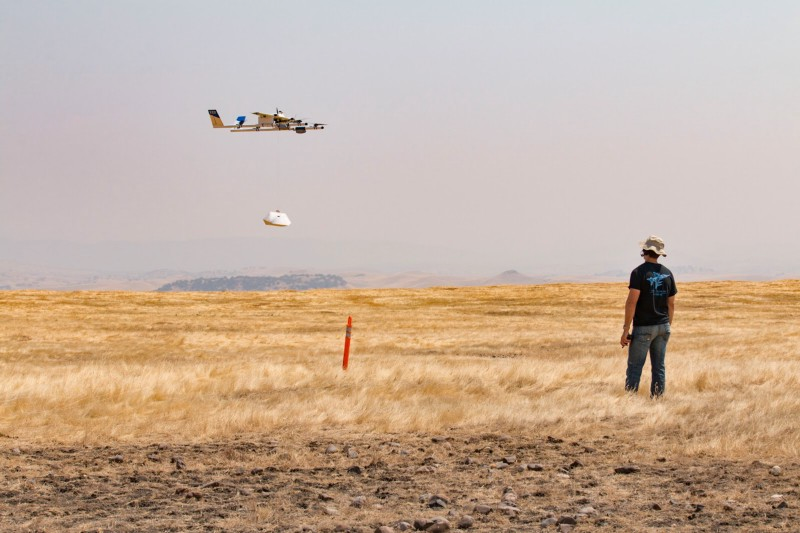 Drawing up a flight plan for moonshots

A case study from Project Wing

One of the most difficult challenges our teams at X wrestle with day to day is the absence of a playbook or checklist for their projects. An X moonshot aims for a future 5 to 10 years away and is, by definition, something that’s never existed in the world before. So the path to achieve it is as hazy and uncertain as it is inspiring.

Without a clear path to follow, our teams can only make progress by jumping in and trying. That’s how Project Loon moved from science project to viable venture to deliver Internet from stratospheric balloons; the team spent a couple of years experimenting and running at the hardest problems they could think of. Along the way, from the sweat, hustle and accumulated wisdom of all their experiments, their technology roadmap appeared.

We’re also well aware that new inventions are subject to a near infinite series of mutations once they’re brought out of the lab. Technology is shaped and changed as it makes contact with the real world, by forces as diverse as physics and culture, biology and economics. Sometimes this is subtle and seems almost like a natural evolution —like how the brick-sized cell phones of the 90s eventually became the supercomputers in our pockets today. And sometimes it’s a more dramatic change that moves the goalposts in a big way — like when our self-driving car team learned during testing in 2013 that people couldn’t be trusted to pay attention and be ready to take over driving, so we decided to aim for a fully autonomous vehicle that could shoulder the entire trip from A to B. This real-world feedback sent us down a longer road to be sure, but we believe it’s ultimately a safer and more valuable one for society.

Project Wing, the X team working on unmanned aerial systems (UAS), is about to take their next step in opening up entirely new approaches to the transportation and delivery of goods. Let’s take a look at how they’ve navigated their first few years, in which they’ve had to figure out how to make deliveries by air that could someday be cheaper, faster, less wasteful and more environmentally sensitive than what’s possible with ground transportation.

We first placed a bet on self-flying vehicles in the summer of 2012, and we wanted to learn quickly whether it made sense for us to have a project in this area. The team set out to design a system that could deliver defibrillators to people having a heart attack — speeding the devices through the air, avoiding traffic snarls on the ground, could literally save lives. Even though we made good progress on the core capabilities for autonomous flights and deliveries, we soon learned that it would be at least a few years before UAS would be robust enough to be relied upon in a life or death situation. Integrating into emergency medical services was its own additional huge task. So we shelved the goal of delivering defibrillators in favor of maximizing our learning with simpler delivery missions.

By 2014, the team had developed a proof-of-concept vehicle and software, so Sergey and I set a milestone for the team that would push them into the real world: “make deliveries to one person who isn’t a Google employee.” We knew this would test both their technology and their operational mettle before they were too committed to any single way of doing things. So the team flew to Queensland, Australia and delivered dog treats, radios, and chocolates at an Australian cattle ranch. (Australia has a long history of using drones in civilian life.) As we expected, they came home excited about the future and with a long list of things to work on.

After a couple of years refining our vehicle and software, and doing lots of flying on private land here in California, Wing in its current stage is focused on putting our system through lots of practice laps — safely completing thousands of autonomous flights and deliveries. We’re also collaborating closely with many other organizations who are working on integrating UAS safely into the national airspace. This includes organizations like the FAA who are facilitating research at test sites that will shape regulations and operational procedures for future applications of UAS, as well as organizations like NASA who are figuring out how to safely manage the airspace in a future with thousands of small autonomous aircraft navigating around both each other and larger conventional aircraft.

We’re now ready to do an end to end test of the UAS prototype which should provide the foundation for future Wing systems. This month we’ll run hundreds of flights and deliveries at an FAA-sanctioned test site in Virginia where testers will be able to order their lunch (prepared by Chipotle on site in a food truck) from our aircraft over a period of several days. At this stage, it’s important that a lot of our testing happens in front of people who aren’t our teammates. We want to learn how people feel when they’re receiving a package by air, and taking someone’s time and/or money changes things more than a little. And we want to feel the pressure of unexpected circumstances that show us how we can get better at loading and managing a fleet of planes.

Now, you might be wondering how we decided to deliver food. It’s simple: our goal is to maximize learning, and food delivery poses a rich set of operating challenges that few other testing scenarios have. A lunchtime rush of burrito orders will crank up the operational pressure of multiple orders coming in during a short period of time. We’ll get to test how to package sensitive cargo and how well it endures the journey (after all, everyone wants their meal hot and in the right shape). In future tests, we could add a broader range of items, like drinks, which will push us to handle more weight, keep packages carefully balanced, and manage combinations of items on a single flight.

Food delivery will help us solve an important set of hard problems quickly — and then it will be a lot easier in the future for us to work with less fragile goods, or handle different kinds of time-sensitive items.

Looking toward a future of many different applications for UAS

We believe that within the next decade, UAS will be able to serve many important purposes — possibly delivering medicine and batteries to cut-off areas after a natural disaster or helping firefighters improve communication and visibility near a wildfire. Fast delivery of items just when we need them could reduce the amount of stuff we have cluttering our closets and garages, and pave the way for an access economy as an alternative to an ownership economy. Delivering goods by battery-powered aircraft can also help our climate. In 2014 alone, 3.1 billion gallons of fuel were wasted due to traffic congestion in the U.S. That’s over 30 million tons of carbon dioxide, or the amount of CO2 stored by 26 million acres of forest, wasted every year due to clogged roads.

All these amazing possibilities can make it difficult to choose which exact path we should chart into the future. Food is a natural place to experiment; it’s one of the most common quick delivery items around the world. By maximizing our opportunities for learning in real-world conditions today, we’ll maximize our chances of success in the future. And by opening the skies to tackle familiar issues now, we can start paving the way for applications (like saving a life with the just-in-time delivery of a defibrillator) that so far are just dreams.

For more on how X approaches moonshots, check out this post.