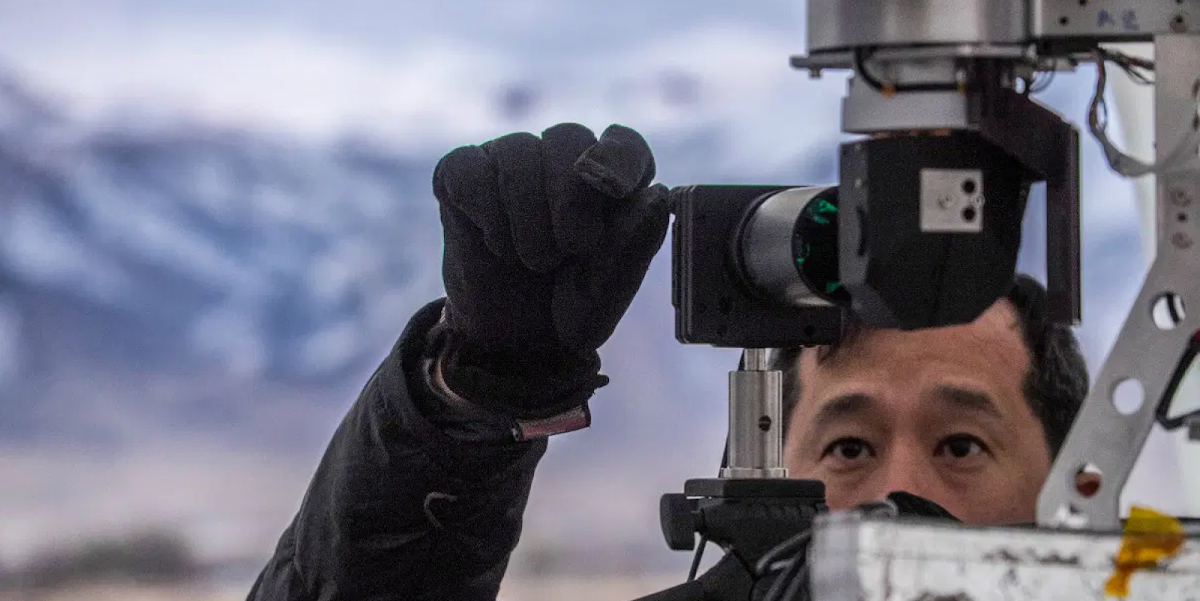 Exploring a new approach to connectivity

Written by Baris Erkmen, Director of Engineering for Taara

To make Project Loon a reality, we had to figure out how to send data reliably between balloons flying on the stratospheric winds. One solution, first proved out by sending a copy of the film Real Genius across more than 100 kilometers between balloons, was Free Space Optical Communications, aka FSOC, technology. After seeing these results in the stratosphere we wondered if it would be possible to apply some of that science closer to earth to help us solve other connectivity challenges.

FSOC links use beams of light to deliver high-speed, high-capacity connectivity over long distances — just like fiber optic cable, but without the cable. And because there’s no cable, this means there’s none of the time, cost, and hassle involved in digging trenches or stringing cable along poles. FSOC boxes can simply be placed kilometers apart on roofs or towers, with the signal beamed directly between the boxes to easily traverse common obstacles like rivers, roads and railways.

For the last few months, a small group of us — some of us from the Loon team and some of us who’ve worked on various connectivity-related technologies over the years — have been piloting a new approach with FSOC links. We’ve been working with AP State FiberNet, a telecom company in Andhra Pradesh, a state in India which is home to more than 53 million people. Less than 20% of residents currently have access to broadband connectivity, so the state government has committed to connecting 12 million households and thousands of government organizations and businesses by 2019 — an initiative called AP Fiber Grid.

Today AP State FiberNet announced that they’ll be rolling out two thousand FSOC links created by our team at X. These FSOC links will form part of the high-bandwidth backbone of their network, giving them a cost effective way to connect rural and remote areas across the state. The links will plug critical gaps to major access points, like cell-towers and WiFi hotspots, that support thousands of people.

We’re delighted that AP FiberNet will be our innovation partner, investing in this promising new technology. To kick off this initiative in 2018, X will have a small team of engineers and experts based in Andhra Pradesh to support the implementation. We’re looking forward to lots of tasty Aavakaaya and helping AP State FiberNet make the educational, business and communication benefits of the web more accessible to people in Andhra Pradesh. We also welcome conversations with other organizations looking to explore FSOC technology further with us too.