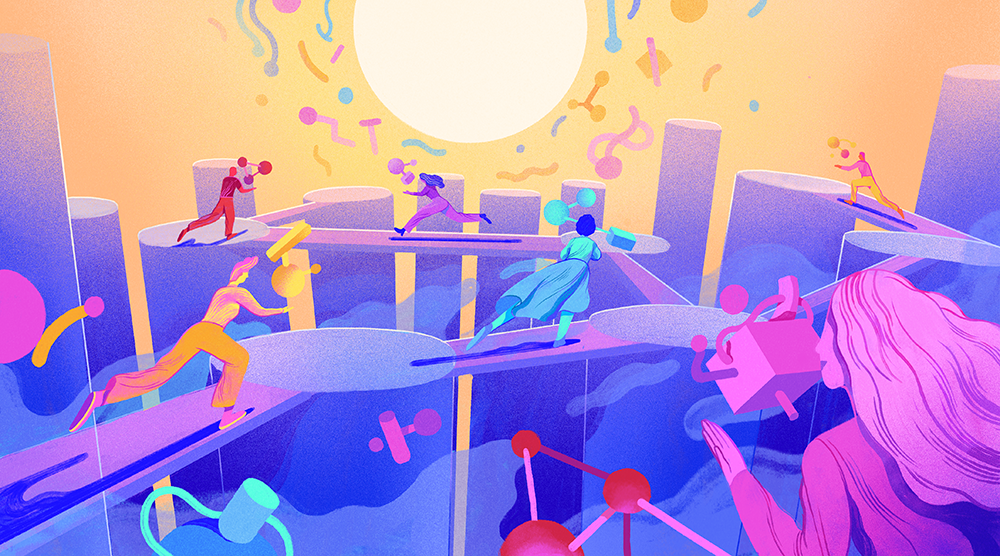 Optimism as a strategy

How “applied optimism” can help us tackle the climate crisis

Coming out of the 2010 climate negotiations in Copenhagen, Christiana Figueres shocked herself and her team by confessing that she thought getting to a global climate treaty to limit warming was impossible — yet 5 years later she helped bring about the groundbreaking Paris Agreement. So what changed? She brought, as she describes it, “stubborn optimism” to the table in Paris — despite seeing the same landscape of complexity, scale, and urgency that’s causing so many of us to want to give up hope.

For those of us working on new technologies that we hope could make a sizable impact somewhere in this crisis, pessimism seems like a rational starting point: Why spend valuable time and resources chasing after something that probably won’t work? Why waste time on something potentially great, but uncertain? Is it even worth trying when the odds against us are so huge?  It seems much easier to work on something simpler. It seems smarter to work on incremental fixes, not roll the dice on bigger but more uncertain breakthroughs.

At X we too see the magnitude of the challenge and the long journey that's ahead of us, and we're as intimidated as anyone else by it. We're not arguing there's a magic solution out there. But we do believe that there are strategies you can use to increase your likelihood of success — and that if enough of us are successful, we'll tip the scales in our favor. “Stubborn optimism” is one of those strategies: we choose to believe that a better future is out there, even if the road is long and we're not sure how it’ll unfold. Here are some of the approaches we've found work that harness the optimist’s mindset to find a path forward.

In 2009, as Clay Shirky surveyed a news industry whose business model was being upended by the Internet, he observed, “Nothing will work but everything might.” The sentiment feels apt for climate-related overwhelm — and wakes up our inner pessimist. When failure could be catastrophic, then it doesn't matter if everything might work — because you still need to find the something that will. If you’re an entrepreneur, technologist or scientist, it feels like you’re having to bet on getting really, really lucky. How are you supposed to know what will get us to a better future, and what's just a dead end?

You can’t. Edison’s lightbulb was a by-product of his goal to power a city. Richard Feynman netted a Nobel from playing with wobbly plates. From penicillin to dynamite, most of us are familiar with the story of accidental innovation — and even if a new breakthrough wasn’t an outright accident, its path was never clear from the beginning.  Sometimes technology finds a new life, like the optical communication links that were first deployed to beam signals between Loon balloons and are now beaming Internet across the Congo River here on Earth. When “nothing will work but everything might”, all we have is our willingness to keep trying.

The Loon team testing wireless optical communications in the lab. This technology was first developed to connect stratospheric balloons, and eventually became the basis for Project Taara’s light-powered Internet

Take many shots on goal and pay it forward

It does help to take many shots on goal, because it’s less daunting than imagining we have to get lucky enough to win every single time.  This is what X optimizes for: having a basket of options on the future that we’re excited about, but being ruthless and dispassionate about sifting through them to find the ones with the most promise. We kill most of the hundreds of ideas that we spin up every year — but rather than seeing this as failure, we see it as learning. Our current projects in areas as diverse as the electric grid, agriculture, and ocean health build on nearly a decade of insights accumulated from dozens of past “what ifs” and dead-ends and didn’t-work-outs.

And when we walk away from projects where we think others could take our work forward, we share what we’ve learned. It’s tempting to hide our scars and failures, but we don’t have time to waste re-learning the same old lessons. Even if you couldn’t make a new technology or business strategy work in your environment, someone else with a different collection of strengths and constraints might be able to make a go of it.

This is why X has been sharing resources and reflections from many of our projects, like the Foghorn team’s research; the Loon team’s insights and data in the Loon Collection; and Makani’s work in The Energy Kite Collection. As the world changes and new technologies, investors, and political willpower emerge, others may be able to revisit our work and create something completely new and better from it.

These days, we’re all suffering together in an environment of imperfect information, high rates of change, and disruption of assumptions that have underpinned modern life for years, if not decades.  Meanwhile, the emergence of new computational tools and technologies has created an inflection point: our rate of change is far beyond what was previously possible or even thinkable. As Azeem Azhar explains in his new book, Exponential, new technologies are even more powerful because they scale so rapidly. With exponential technologies and a deeply connected society, there are opportunities to create change at a rate that would never have been possible before.

It’s daunting and discouraging to look around and see so little stable ground on which to base critical decisions. As Project Mineral lead Elliott Grant wrote earlier this year, “How can you know when to keep investing, and when to cut bait? How do you decide which path to take, when all are ‘less traveled’?” To give themselves a better shot at answering nearly unanswerable questions, Mineral, a moonshot in computational agriculture, uses rapid iteration as their strategy to build tight learning loops and efficiently evaluate their work. Aiming for “scrappy not crappy”, they build prototypes (like their selfie-stick-phenotyper prototype) that are good enough for whatever learning they need at a particular stage, taking care not to overcomplicate or overbuild. 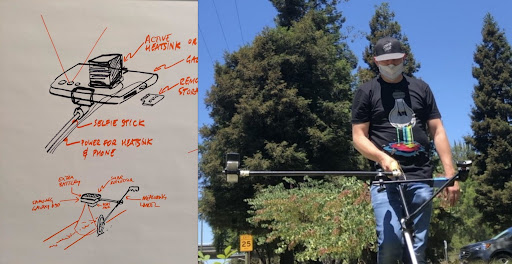 Don’t go it alone… and pay it forward

Even the most stubbornly optimistic among us might still have a little voice in our heads whispering, “How could I — one person — possibly make a big enough difference?”

Here’s how: let’s go after the climate crisis with a deep sense of teamwork and community, across gurus and newcomers, experts and generalists. We’ve long disputed the myth of the lone inventor having a eureka moment, so everything at X is built around the insight that innovation comes from great teams cross-pollinating and collaborating with people with different and dissenting views. We need technologists, entrepreneurs, business leaders and policymakers to find new ways of working together, fill in blind spots, and push everyone’s ideas to their highest potential. Take Finland's electric vehicle revolution: a combination of improving technology, alongside smart government incentives drove adoption levels 20% to 70% in just 6 years. Now picture that kind of collaboration happening globally. What kind of change could be possible?

We still have a long way to go, and an outlook that looks daunting. Yet keeping an optimist's lens despite the odds will guide us towards glimmers of potential, while pessimism will keep us stuck in the dark. It might feel like we're betting on getting really lucky. But unlike luck, we can create the right circumstances for opportunity, with the right combinations of people and perspectives — and the right mindset to spot the idea that just might work. As the world changes, assumptions are broken and breakthroughs reveal themselves on the horizon, we'll need those opportunity-spotters most of all.