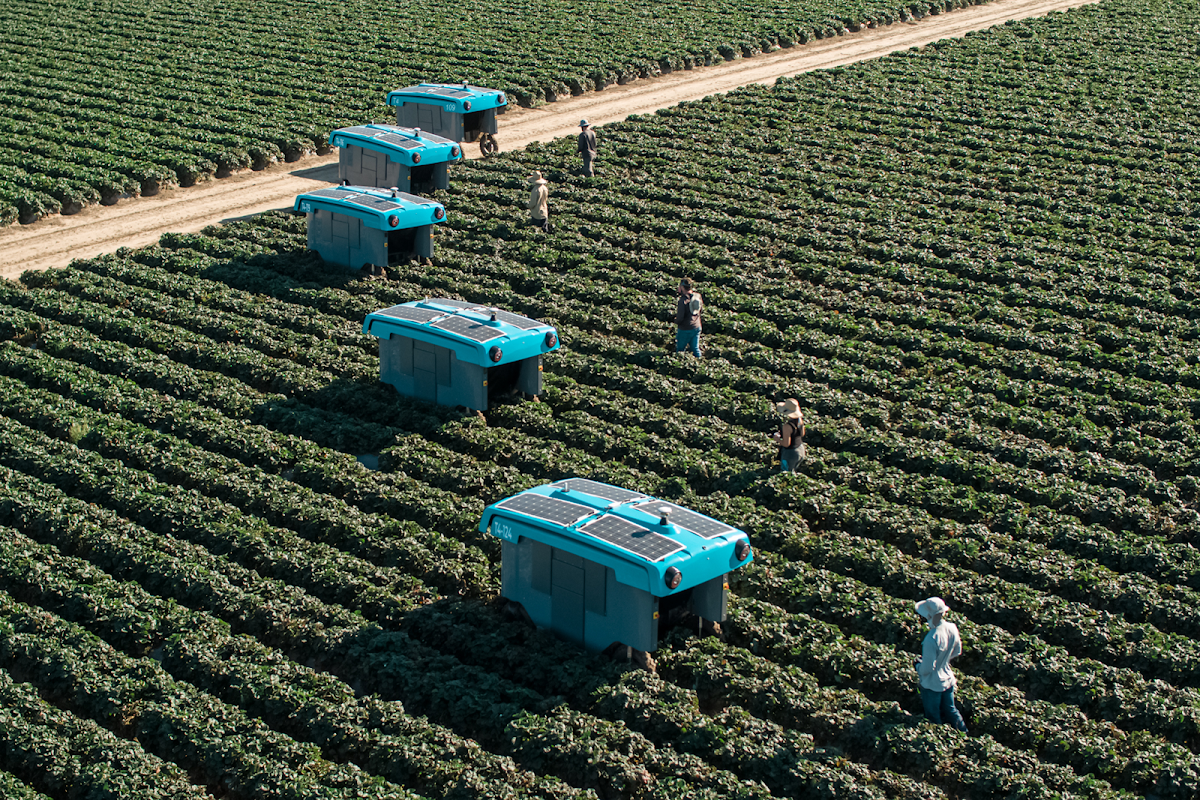 Agriculture is predictably unpredictable. Seeds will germinate and crops will emerge at certain temperatures, but nature is inherently uncertain, and outlier events like flood or drought will inevitably wreak havoc. It’s a tension that Elliott Grant has to navigate as Project Lead of Mineral, X’s moonshot in “computational agriculture”. For the last few years, Mineral has been developing tools like their plant buggy to help farmers, breeders, agronomists, and scientists understand the complexity of the plant world.

As Elliott put it: “Mother Nature waits for no one.” The emergence of a global pandemic brought society to a screeching halt — but the crops continued to grow in the fields. The team had planned to gather images of the plants at the moment of emergence from the soil — a critical aspect of several projects they’d planned for the year — but as they sheltered in place, they realised they wouldn’t be able to send the plant buggies out to the fields all over North America. If they couldn’t gather the data in time, they’d miss their chance for the year. There were no do-overs. They had to adapt, and quickly.

“It’s a cliché, but necessity really is the mother of invention,” explains Elliott. “We needed to capture tens of thousands of high quality, precisely located images but we couldn’t send the plant buggy. So we had to throw out our carefully-made plans, and get innovative — and we had less than a week to do it.”

The team began by experimenting in the lab parking lot — using cell phones as “mini plant buggies”. By mounting the phones on selfie-sticks, the idea was that they could easily be sent out, contact-free to our partners who were out in the field and who could take the images. That idea quickly ran into trouble. Selfie-sticks, which were built to support the occasional headshot, weren’t up to the job of scanning a field and quickly fell apart. The phones overheated due to the high frame needed. It also turned out to be tricky for the operator to take images at a consistent height and angle and avoid taking pictures of their feet or their shadow. The team knew that if their partners were going to be able to use phones to capture whole fields, they needed something that would be robust, cheap and easy to use — “scrappy-not-crappy” as Elliott described it.

Rummaging around at X’s Design Kitchen, the team discovered a few of the carbon fibre rods that the Loon team used to mount the communications devices to the balloons stashed in a corner. They located cheap heatsinks and phones with removable media and mounted the whole assembly onto a measuring wheel bought from the local hardware store.

And voilà: it worked. The team had come up with a cheap, easy-to-use mini-plant buggy that could be shipped in a small box, and used anywhere: something they’d never expected to build. Sure, it wasn’t as capable as the plant buggy, but it filled a critical gap while the buggies were stuck in the lab.

Through this problem — and many others that had to be overcome — the team came to see COVID-19 as a sea-change moment, and an exercise in reframing problems. Farmers have to adapt to reality, and Elliott credits that mindset with helping his team. As a team member told him: “You can declare it a disaster and wait ’til next year, or you see it’s a problem you just haven’t solved yet.”