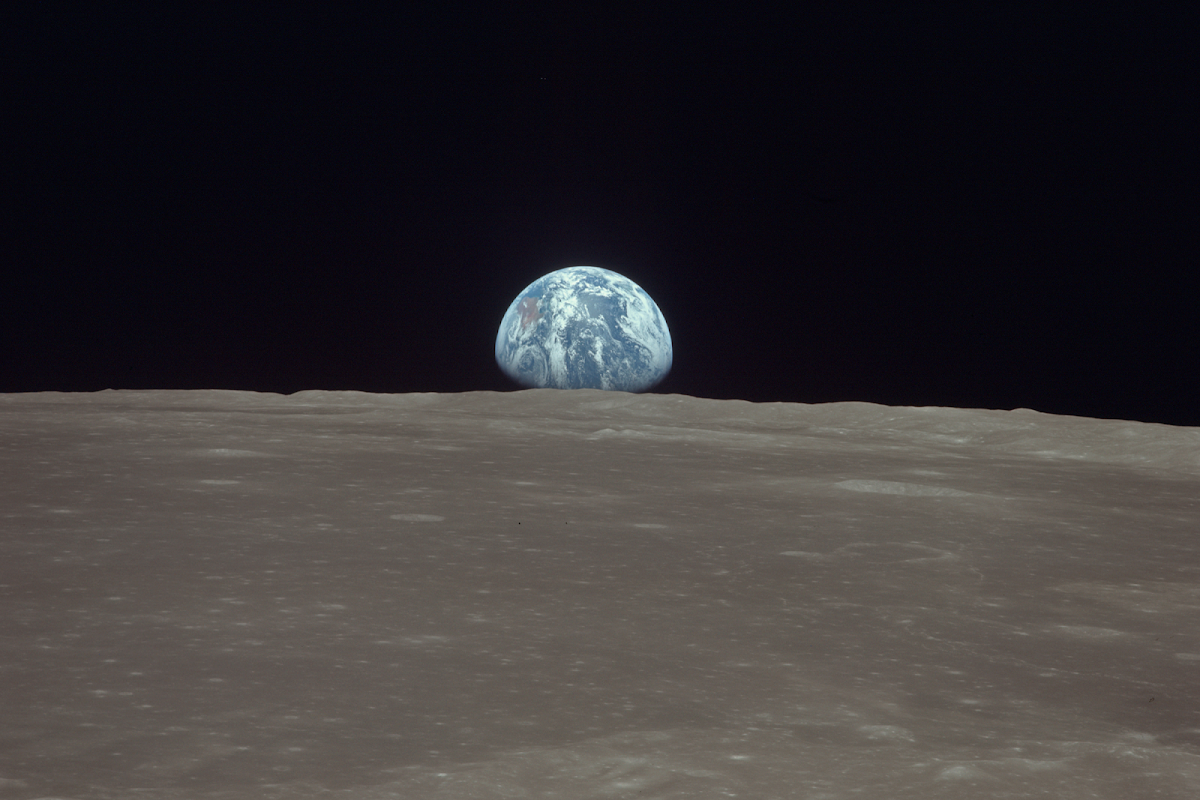 “We choose to go to the moon”

From the Apollo missions, a blueprint for pursuing the audacious and near-impossible

In the fall of 2010, I asked Larry Page a series of questions to find out what he wanted X’s purpose to be. “Is X a research center?” No, Larry said. “A philanthropic organization?” No. “An incubator?” No. “Are we solving Google’s problems?” No. Eventually, I asked, “Are we taking moonshots?” And he smiled and said, “YES.”

While I confess I hadn’t fully thought through the question when I asked it, the word’s sense of audacity and extreme difficulty spoke to both of us. And it was the seed of X’s identity as a moonshot factory, with a mission of repeatedly developing far-out, sci-fi-sounding technologies that might someday make the world a radically better place. So as we celebrate the 50th anniversary of the Apollo 11 mission, here’s some of the other inspiration I’ve taken from the teams who put a person on the moon.

A commemorative sand mandala by Andres Amador formed the centerpiece of X’s gallery of Apollo 11 images and video as we celebrated the 50th anniversary of the moon landing.

Optimism and perspective-shifting as a strategy

Our use of the term “moonshot” isn’t literal; it’s more of an emotional blueprint. A moonshot is about looking beyond where you can actually see and envisioning an answer that doesn’t seem reasonable — and pursuing it anyway. It’s about doing things that sound undoable but if done could redefine humanity.

In the early 1960’s, spacecraft for moon landings didn’t exist. There were no spacesuits, no space snacks, no computers for space navigation — plenty of reasons, in other words, to scoff at President Kennedy’s bold vision. But he made a powerful choice: to be an optimist and ask for something that, if possible at all, would require a radical reimagining of what space flight could be.

Perspective-shifting is one of X’s most deeply held principles. It’s not just about having an idea that sounds like science fiction (though we do reject a lot of ideas for not sounding impossible enough!). We look for a new way of thinking that avoids the usual methods and obstacles — like beaming Internet from balloons or free-space-optical stations rather than running fiber-optic cable through jungles and mountains. When you let your imagination run free and then run experiments to see whether your hypothesis could actually work, you can uncover surprising new approaches.

Growing up there were three events I wished I had been part of. The first was the work led by Alan Turing and others during WWII to build the first real computer and the decryption process that led to modern computer science. The second, which my grandfather was a part of, was the Manhattan Project; work on the atomic bomb gave rise to the first electronic general purpose computer. The third was the Apollo space missions. These three special gatherings symbolized for me that the seemingly impossible can happen when passionate and talented people come together with urgency and determination.

The secret? It’s easier to get people to work on making something 10X better than to get them to help make it 10% better. Huge problems fire up our hearts as well as our minds. When you’re aiming for a 10X gain, you can’t just slog through it. You have to find whole new ways of doing things, and lean on bravery and creativity — the kind that, literally and metaphorically, can put a person on the moon.

Astro and his team, “Disqualified for Safety Reasons,” get ready for countdown in the main event of X’s Apollo 11 50th anniversary celebrations: a rocket making and launching competition. [Editor’s note: They weren’t actually disqualified, though they did have to be reminded that powdered non-dairy creamer was not an approved launch aid.]

Cognitive diversity is the key to creativity

More than 400,000 people made the Apollo mission possible — from mechanical engineers to fashion designers, with teams reaching from New England to California. Behind the millions of rocket components were many more millions of prototypes and experiments — all the rough ideas and uncomfortable moments necessary to solve problems no one had ever faced before. This was creativity in action, at a massive scale.

The lone inventor having a eureka moment is largely a myth; innovation comes from great teams where everyone feels comfortable raising questions and sharing their views. The more people a project has from a wide range of backgrounds and communities, the more fresh perspectives and creative ideas we can generate — and the better we’ll all be. At X, that’s why former rocket scientists work alongside concert pianists and puppeteers, and marine biologists mingle with physicists and machine learning experts.

Moonshots are a mindset

The space race was valuable far beyond its original goal: NASA’s work has led to dozens of technology breakthroughs with many everyday uses, and inspired generations of kids like me to fall in love with science and engineering. When the world’s problems make us feel small and helpless, we should reflect on the lessons the Apollo missions hold about human nature, and our ability to choose bravery over fear and set aside apathy in favor of audacity. We can get traction against the world’s most pressing problems — I believe that deeply, and we need more people than ever to believe that too.

Editor’s note: This post was originally published on the Google Keyword blog.