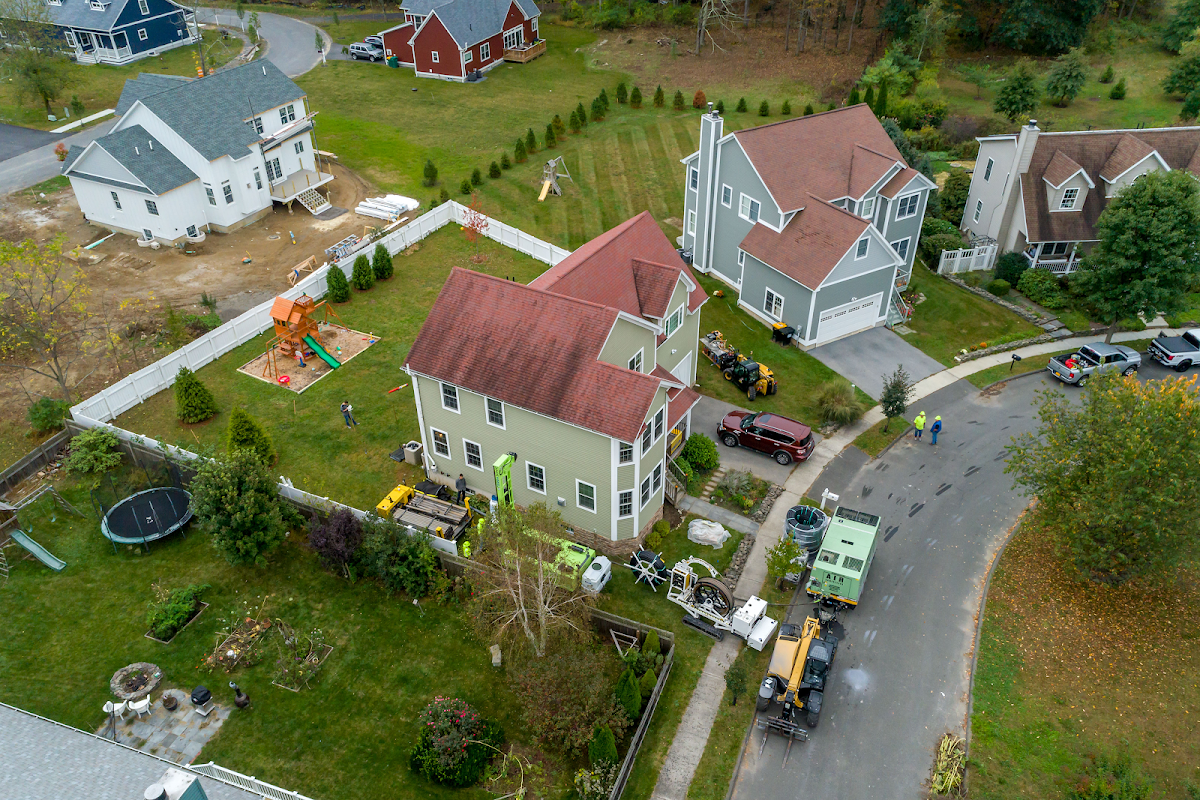 The hot and cool of innovation in geothermal energy

How X’s innovation principles gave rise to the Dandelion Air

In July 2017, we launched Dandelion; a home geothermal company that grew out of a project started at X. Since then, we’ve raised $6.5 million in funding, begun transitioning hundreds of homeowners to geothermal heating and air conditioning, and recently launched a clean and powerful all-in-one replacement for home furnaces and air conditioners: Dandelion Air. Upgrading the way millions of homeowners heat and cool their homes is hard, but our start at X instilled some essential principles of innovation that formed the early DNA of our company and continue to guide us as we grow.

Long before Dandelion, many smart people focused on making furnaces more efficient. Their successes mean that there are now diminishing returns to optimizing fuel combustion and fans — only the last bits of improvement left to eek out. Still, heating remains an expensive, inconvenient necessity for millions of homeowners and these fuels continue to be a huge burden on the environment. At X, we learned to “solve for 10x, not 10 percent.” So with this context in mind we didn’t ask how to make a heating and cooling system that used less fuel. Instead, we focused on making one that used no fuel.

The earth itself contains more heat than is needed not only by every building that currently exists, but also by every building that will exist in the future! By applying X’s 10x approach to our thinking with Dandelion, we realized that it’s easier to harvest this heat directly from the ground, instead of the current process of mining for oil and gas, refining these resources into fossil fuels, shipping them around the world, and delivering them by truck to a tank in your basement. See the science behind it here.

It can be tempting to test solutions to hard problems in a controlled lab environment, insulated from the many challenges, both big and small, you encounter as soon as you start selling to the public. However, interacting with your customers is really the only way to rapidly iterate and improve.This principle, which we heard reinforced time and again at X, inspired us to graduate Dandelion as an independent company last year, embracing the realities of sales and installations. It also inspired us to get out into the real world to understand the best way to design the Dandelion Air.

Our goal with the Dandelion Air was to create a quiet, safe, easy to install and low-maintenance geothermal heat pump. We were only able to do this because our team measured how much time we spent on each step of the process during early installations. A handful of bottlenecks resulted in many hours of unproductive time and otherwise avoidable labor costs. For example:

2. Another bottleneck involved getting the heat pump into basements. Heating equipment is typically made of steel — and steel is heavy and cumbersome, especially on narrow, spindly stairwells. By going with an aluminum cabinet instead, we cut the weight of a Dandelion Air nearly in half. As a result, the system can be carried into place by a single person — again saving time and labor costs.

These types of issues would have been invisible in a lab environment, but we found them to be quickly surfaced and solved through our contact with the real world. No matter how simple the apparent solution, rapidly identifying and addressing any kind of potential difficulty is key to creating a successful product.

While at X, we began each project by identifying and going after its hairiest, most fundamental problem. Astro Teller called this concept “tackling the monkey first.” Dandelion’s “monkey” was cost.

Geothermal heating has existed for decades, but it has been prohibitively expensive up front — we’re talking upwards of $50,000 — leaving few homeowners able to take advantage of the technology.

When we started the process of reimagining geothermal heating while at X, we tackled the cost issue right away.

Our initial goal was to cut the cost in half. At that price, a homeowner could pay nothing up front and manage their monthly payments and geothermal operating costs for less than what they would otherwise be paying for standard fuel heating. They could essentially pay with their savings. We looked carefully at each process and component that influenced costs to find ways to implement the technology efficiency to achieve and then beat our targeted price point. As a result, Dandelion became the first company to offer geothermal in a way where homeowners would immediately come out ahead.

Looking ahead to a better future

Because learning from real-world data will continue to be key to bringing home geothermal into the mainstream, we’ve developed software that runs on the heat pump that measures everything from how well the system is exchanging heat with the ground, to how efficiently it is using electricity. Homeowners can use this software to optimize energy usage and savings, installers can use it to identify and proactively address performance issues, and eventually it can be used to do everything from making the grid operate more efficiently to mapping the location of subsurface groundwater.

The innovation principles instilled before we graduated from X — think in terms of 10x, not 10%; make contact with the real world and tackle the monkey first — continue to guide us as we strive to provide earth-powered heating. Join us as we do our part to transition the planet to clean energy one home at a time, harvesting heat from the ground while leaving the fossils there.