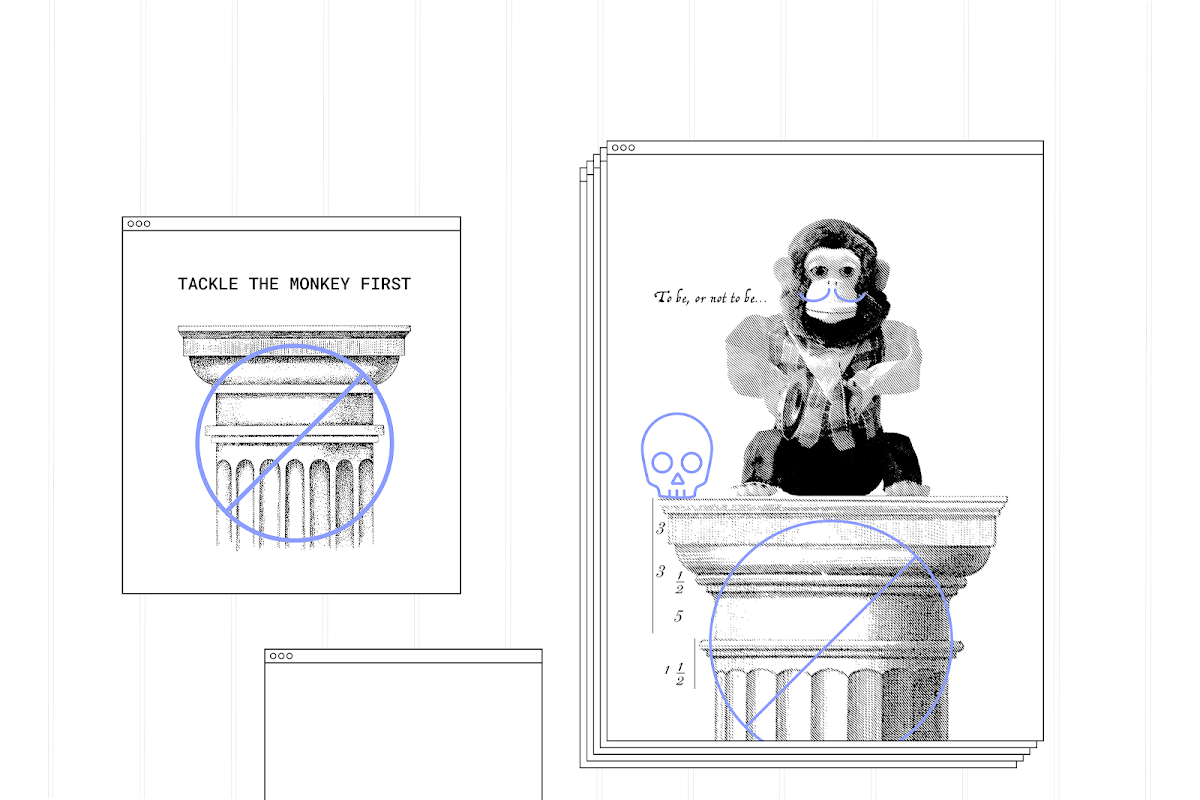 Don’t use up all your resources on the easy stuff

Let’s say you’re trying to teach a monkey how to recite Shakespeare while on a pedestal. How should you allocate your time and money between training the monkey and building the pedestal?

The right answer, of course, is to spend zero time thinking about the pedestal. But I bet at least a couple of people will rush off and start building a really great pedestal first. Why? Because at some point the boss is going to pop by and ask for a status update — and you want to be able to show off something other than a long list of reasons why teaching a monkey to talk is really, really hard.

I get it. It’s human nature to want the boss to say, “Hey, nice pedestal, great job!” and think of your authentic Elizabethan-era carving techniques when you’re up for promotion instead of the long list of monkey-training techniques that have failed so far. It takes a lot of faith in your boss (and the bosses above) to think that he or she will say a hearty thank you for helping to figure out whether and for how long your organization should invest resources in advanced monkey education.

Our Foghorn team, which developed a way to turn seawater into carbon-neutral liquid fuel, did a good job focusing on their monkey. While not as simple as carving a pedestal, building the core technology to generate the fuel was a relatively straightforward task. Their hardest and most urgent challenge was determining whether they could make their fuel cost competitive. If they couldn’t prove it was possible within 5 years, we wouldn’t continue to invest in the project. Ultimately, they decided to kill their own project, to free up X resources for moonshots that were more likely to succeed in the next few years. (Read more about what it was like to navigate this process from team lead Kathy Cooper here, and in Fast Company here).

It takes a lot of careful cultural engineering and long-term commitment from managers to get teams to run cheerfully at breaking their prototypes and proving their ideas wrong. In a post I wrote for Backchannel earlier this year; have a look at some of the ways we’ve tried to make this a healthy part of X culture.

Editor’s note: The monkey first appeared in Astro’s talk with Rebecca Blumenstein at the 2016 WSJDLive conference.