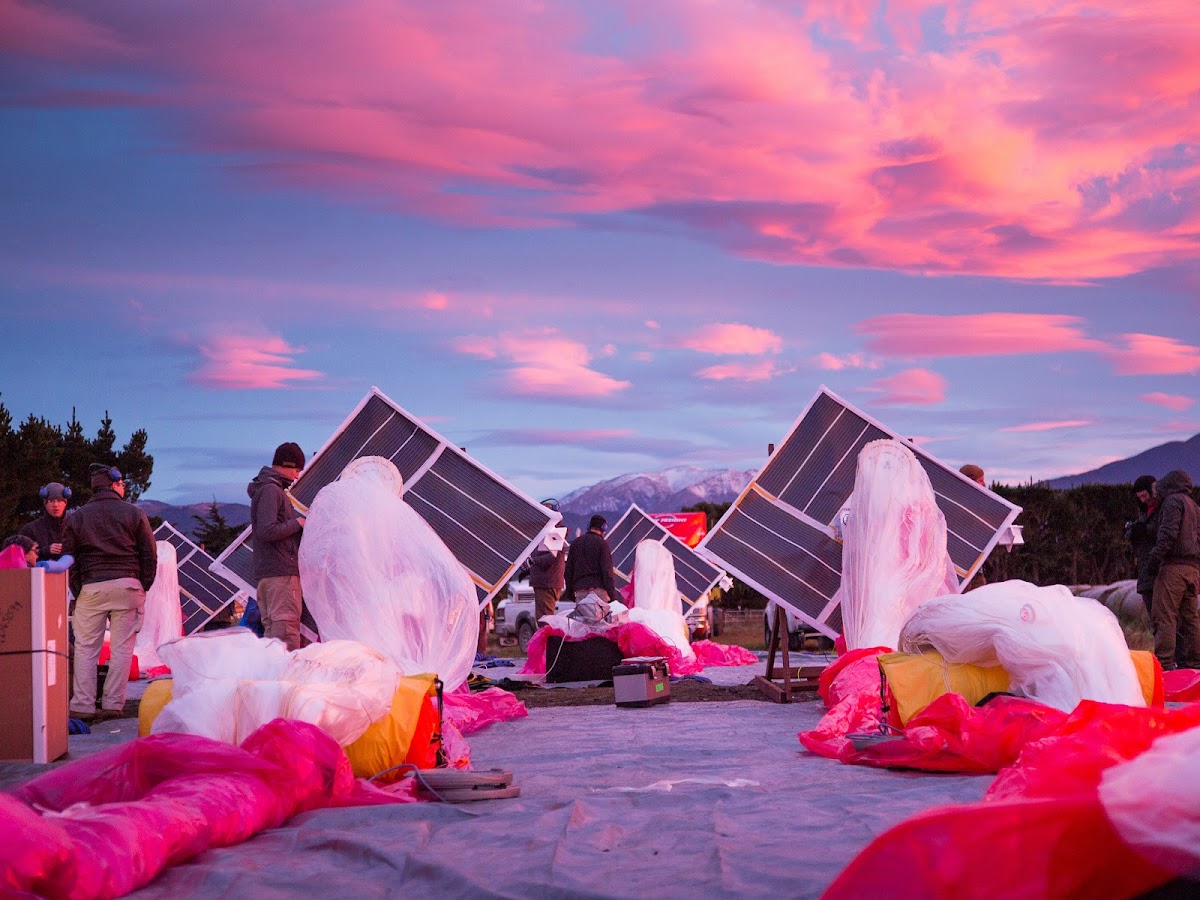 How Project Loon’s smart software learned to sail the winds

When you set out to explore a brave, new, weird place that no one’s ever explored before, you bring along a list of things you hope are true and right. And most of the time, you discover that you’re wrong about a lot of those things — which is why I spend so much time talking about failure being a necessary condition of moonshot-taking. I want to help our teams experience this as valuable learning rather than dispiriting setback.

But something else happens when you go to that strange, mysterious, even scary, new place. You make unexpected discoveries that propel you forward faster than you ever thought possible. That’s the less-well-known secret of our moonshot factory, and the Project Loon team just had one of these magical, serendipitous experiences. They’ve now exceeded even their own expectations for how well their smart software algorithms can help their balloons navigate the globe, and in the process they’ve leapt much closer to a day when balloon-powered Internet could become a reality for people in rural and remote regions of the globe.

Project Loon’s algorithms can now send small teams of balloons to form a cluster over a specific region where people need internet access. This is a shift from our original model for Loon in which we planned to create rings of balloons sailing around the globe, and balloons would take turns moving through a region to provide service.

With our original navigational models, rings of balloons sailed around the globe. As one balloon drifted out of range of a specific region, another would move in to take its place.

Machine-learning-powered algorithms now enable us to send small teams of balloons to a specific region. The balloons dance on the winds in small loops to remain where needed.

Although our navigation algorithms can get even better, and we need to test them in many other parts of the world, this is a positive sign for Loon’s economic and operational viability. We’ll be able to put together a Loon network over a particular region in weeks not months, and it would be a lot less work to launch and manage. We’ll reduce the number of balloons we need and get greater value out of each one. All of this helps reduce the costs of operating a Loon-powered network, which is good news for the telco partners we’ll work with around the world to make Loon a reality, and critical given that cost has been one key factor keeping reliable Internet from people living in rural and remote regions.

Failing to fail...and then accelerating our success

It’s still a surprise to many of us that Loon is looking as promising as it is; for years, the team focused their efforts on proving that Loon wouldn’t work. Even the Project name tells you that our mindset when we got started was more “worth a shot” rather than “this could work.” Yet with each passing year, we keep finding the next steps on the path to making balloon-powered Internet a reality.

Back in 2011, we had a hunch that balloons flying freely on the winds could be controlled just enough to act like floating cell phone towers in the sky. We’d pump air out of or into the balloon to make it lighter or heavier, and then move up or down to catch winds traveling in the direction we wanted to travel. When we ran our first sizable test of Project Loon in 2013, launching dozens of balloons from New Zealand to see if they’d circumnavigate the globe, we knew we had a lot to learn. We thought the balloons would act like leaves in a stream, flowing where the air currents went, and we figured our main task was to manage the balloons’ paths just enough to keep them at a roughly equal distance from each other.

But the team exceeded their own expectations, and by the end of 2014, our navigation algorithms were good enough that we could sail a balloon for thousands of kilometers around the world and overfly a specified location. For example, we could launch from New Zealand, circumnavigate the globe, and arrive within tens of kms of a specified location in Australia — an important step if we were ever to provide a reliable Internet connection to people on the ground.

We continued to push for improvements, both in our algorithms and in the altitude control system on the balloon, which translated into a greater choice of winds to fly on. This then gave us another opportunity: a greater variety of winds meant we could more deliberately and consistently sail balloons north, south, east, or west, rather than having to circle the globe entirely once we started drifting away from the place we wanted to be. So we wondered if we could actually do a loop around an ocean or a continent. And sure enough, we found a way. Then we tried to make the loops smaller, to see if a balloon could return to its original location in 5 days…then 4 days…then 3 days.

By early 2016, the team was seeing a few balloons behave in a slightly weird way: lingering in an area rather than sailing away. In the weirdness, they saw opportunity. They asked themselves the once-impossible question: could our algorithms help the balloons to stay much closer to the location they were already in? In mid 2016, we started sending balloons from our launch site in Puerto Rico to hang out in Peruvian airspace — and they did, some for as long as three months. We repeated the experiments, and saw the same results: we had figured out how to cluster balloons in teams, dancing in small loops on the stratospheric winds, over a particular region.

When breakthroughs sneak up on you

As I’ve written on this blog before, “the full shape of a moonshot emerges only through a series of much smaller steps, made over years, which look much more like a sailboat tacking than a sprinter racing in a straight line.” There’s no team at X that embodies this more than the Loon team.

No one could have pretended to know how to build a network of free-flying, high-altitude balloons that could beam Internet to the earth below, and if we’d known how hard it was going to be, we probably never would have tried. From defining new frontiers for balloon science, to taming the harsh extremes of the stratosphere, to running dozens of launch-learn-iterate experiments on every piece of the system, the Loon team has persevered and brought the seemingly impossible within reach. I can’t wait to see what happens next.