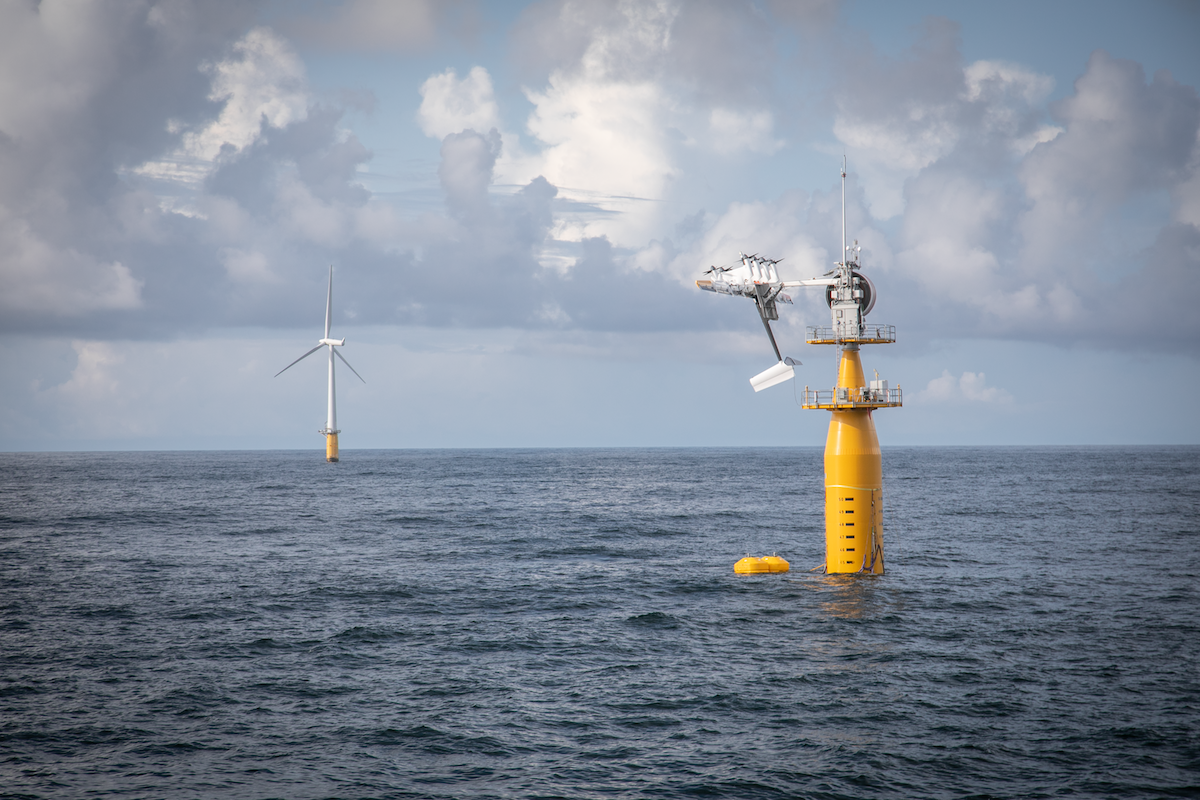 How energy kites expand the reach of offshore wind

Editor’s note: This blog was originally published on the Makani team blog by Dr. Fort Felker on December 11, 2019. In 2020 Makani’s 13-year journey came to an end. You can explore Makani’s 13 years of technical development and insights in The Energy Kite Collection. Thank you to everyone who supported the Makani team on their journey.

The following appeared as an abridged version of the “Energy Talk” by Dr. Fort Felker, presented at the WindEurope Offshore Conference in Copenhagen, November 28, 2019.

Good Morning! Thank you for joining me first thing in the morning to explore how new technology can expand the offshore wind industry, and why now is the right time to form partnerships to accelerate that growth.

The impacts of the Earth’s changing climate are an increasingly tangible part of everyday life. As climate change activist Greta Thunberg has said, “Our house is on fire.” The risk of wildfire in the western United States has grown 400% since 1970, and in my home state of California, we now anticipate an annual fire season that touches the daily life of millions of people, with forced evacuations, loss of electrical power, and hazardous air quality. A path towards curbing the worst effects of climate change exists, but reaching that goal requires rapid, unprecedented collaboration.

The promise of floating offshore wind

The offshore wind industry has the potential to dramatically reduce global carbon emissions and to slow the rate of global temperature rise. Last month the International Energy Agency forecast that offshore wind will grow to be fifteen times larger than it is now over the next 20 years, and when the potential for floating offshore wind is included, offshore wind could generate 11 times the global electricity demand by 2040.

At Makani, we’re creating an entirely new kind of floating wind power technology aimed specifically at expanding access to wind resources currently stranded over deep water. Makani’s floating offshore energy kite system will complement and advance the growth of the wind industry as a whole — facilitating the kind of collaboration we need to achieve a clean energy future.

The opportunity to dramatically increase offshore wind’s potential lies in accessing wind resources that are in waters too deep to fix turbines to the sea bed. Advancing floating platform development will push conventional wind systems further offshore and lower costs. But to meet global clean energy goals, and to guarantee offshore wind’s continued growth, we need to pursue new generation technology as well. That is what Makani is targeting with the development of floating offshore energy kites.

In the early nineties I worked with the team that created the first widely deployed variable speed wind turbines. From there I moved on to run the National Wind Technology Center within the United States National Renewable Energy Laboratory, where my team reviewed dozens of proposals for new technologies, each claiming that it would be the key to unlocking the future of wind energy.

When a proposal for kites that could harness energy from the wind came across my desk, I reviewed it with healthy professional skepticism, but, as I dug deeper into the underlying physics, I was intrigued — and even a little excited. The proposal was from a team in California, called Makani, whose engineers had created a series of prototypes to demonstrate that kites could generate power while flying under the direction of an autonomous control system. I believed that this new technology could be the biggest breakthrough since the development of variable speed wind turbines.

The key data point that made me confident that energy kites were the right crazy idea amongst the many concepts I reviewed at NREL was the tremendous reduction in mass per megawatt. By replacing the steel tower of a conventional turbine with a tether and a smart control system, Makani’s kites eliminate hundreds or thousands of tons of steel.

The low mass of Makani’s system means the floating platform required for a floating offshore energy kite is smaller and cheaper than the platform required for conventional turbines of similar generating capacity. Makani’s low mass also means energy kites can be deployed at low cost using vessels that are easily found in small and medium-sized ports around the globe. This is in contrast to the specialized cranes and deep water ports needed to install conventional floating turbines. Makani’s ease of installation makes it possible to imagine floating energy kite systems deploying from ports all over the world, increasing access to offshore wind energy for more people around the globe.

With a lower cost floating platform and lower installation costs, the total levelized cost of energy (LCOE) of Makani’s system is expected to be half that of conventional floating wind turbines with a similar generating capacity.¹ As future models of kites increase in power generation capacity and as Makani’s system operations are refined, Makani’s LCOE will continue to decrease. This is exciting because it means that energy kites could soon reduce the cost of clean power for billions of people living along the world’s coastlines.

Makani’s energy kite replaces hundreds of tons of steel with a tether and smart controls software, resulting in a low-cost floating platform and lower installation costs. This translates to an LCOE that is expected to be half that of conventional turbines of a similar generating capacity.¹

The path to more clean power

We still have work to do to make energy kites a commercial reality, but by introducing an entirely new type of wind power generation system and eliminating the need for massive floating platforms and specialized installation equipment, Makani has found a path that will accelerate the wind industry’s expansion into areas requiring floating technology, and by doing so reduce global carbon emissions faster.

Makani’s 600 kW energy kite flies from a floating platform moored in deep water off the coast of Norway, August 2019.

The challenges that remain for Makani are not unique to energy kites. We’ve solved the technical miracles specific to creating energy kite systems, like demonstrating autonomous flight from a floating platform, and developing a high strength conductive tether and a lightweight, megawatt-scale onboard power system. What’s left are challenges that can be solved through routine engineering work like increasing reliability and robustness throughout a range of environmental conditions. These problems won’t take miracles — they have known solutions that simply take persistence and focus to solve.

When I started working in the wind industry in 1994, wind power seemed like a crazy idea to most people. Today, wind power is ubiquitous, and critical to meeting the world’s energy demands. That same transformation, from “crazy idea” to “realistic solution” is now underway for floating offshore wind. By working together to support the advancement of next generation wind technologies, we have an opportunity to make floating offshore energy kites just as ubiquitous and as powerful a force for good as conventional wind is today.

Collaboration across the wind industry will facilitate the expansion of floating offshore wind, and will bring low cost clean power to more people around the globe on a timescale that can truly have an impact.