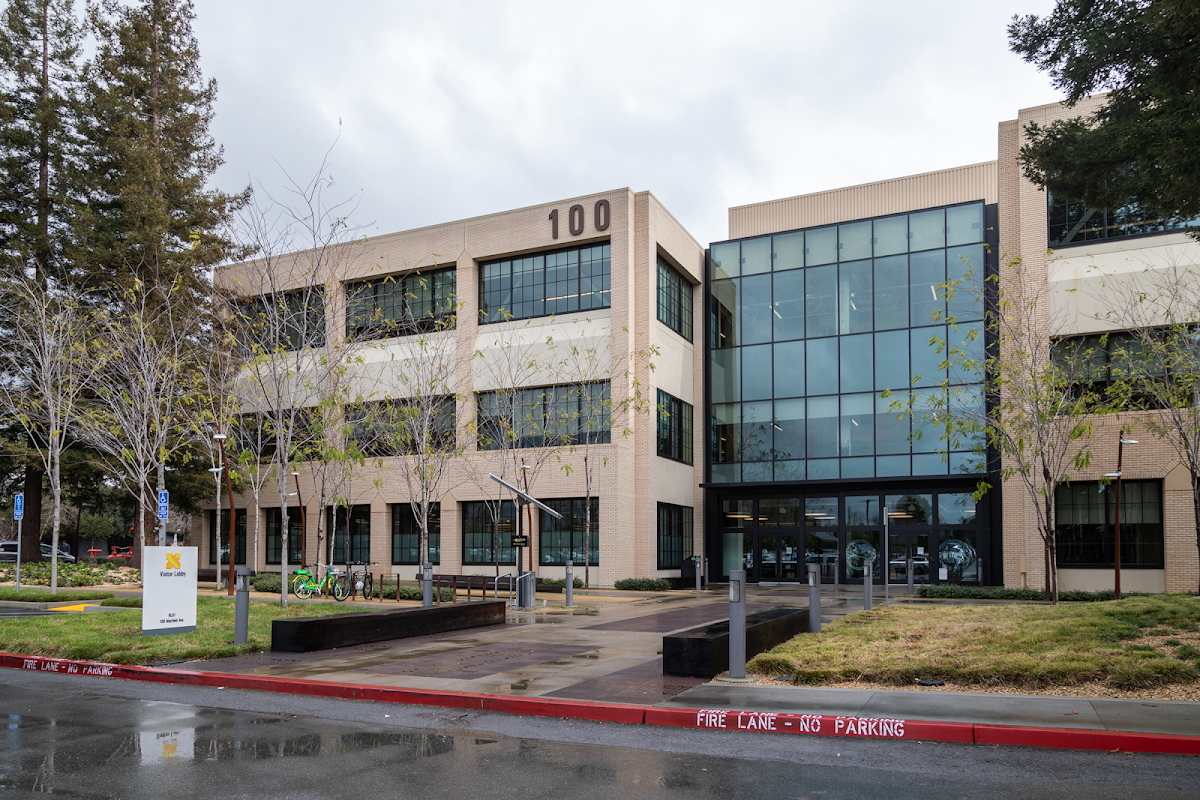 From mall to Moonshot Factory: the history of X’s home turf

While X’s walls can’t talk (yet!) the Moonshot Factory has many stories to tell

A couple of years back, X moved away from Google’s main campus to our current home on Mayfield Avenue. With its high ceilings and exposed concrete and steel, it’s the perfect fit for a modern moonshot factory. When I learned that our new home had been a trendsetting shopping mall in a previous life, my curiosity was piqued and I wanted to know what else this plot of real estate has seen.

For the past year, I’ve embarked on a personal project of discovery, digging out old photos and chatting with historians at the Mountain View Historical Association, as well as librarians at the City of Mountain View Library. This process unearthed a treasure trove of stories and a few surprises which you can still see while wandering today’s moonshot factory halls.

Until the 1800s, Mountain View was primarily a pasture for sheep and cattle. Fast forward to the 1950s when the San Francisco Bay Area Curling Club established the Peninsula Curling Rink on the site X now calls home. While they were perfecting rock shots and stone shots, today we’re working on moonshots in the very same spot…there’s something poetic there.

By the mid-1960s, there were new plans for the Peninsula Curling Rink’s 27-acre lot. According to the Mountain View Voice, developers promised an “escape into a magic world of sheer beauty and shopping comfort” with carpeted floors, air conditioning, and escalators!

In October of 1966, the doors to the Mayfield Mall opened with several festive events, including a balloon launch pictured below. History repeats itself in unexpected ways — five decades later a sizable area of the building is occupied by people who work on Project Loon, our balloon-powered internet project. The mall is remembered as a “center of community life” where people would gather to attend art exhibits and festivals. It was even the site of an early attempt to create the world’s largest burrito — a fun parallel to X’s own forays into burrito innovation.

(left) The opening of the Mayfield Mall in 1966. (right) Xers from the Project Loon team test a balloon as part of their work to someday bring internet connectivity to remote areas of the world. Source: (left) The Stanford Daily, 6 October 1966, (right) X

A mix of national chains and locally owned stores, Mayfield Mall was home to 60 different stores, the largest of which was J.C. Penney, taking up more than half of the mall’s space. Many local Xers have fond memories of visiting the mall. I spoke with one Xer who told me he grew up four houses away from the mall and his mother bought his diapers at JC Penney. Project Loon’s desks and lab are in an area formerly occupied by Woolworth’s, Singer’s Sewing Center, and Topper Jewelers among other stores (my desk is in Woolworth’s). And, a Project Loon team member’s father bought his mother’s engagement ring in Mayfield Mall…possibly at Topper Jewelers! I was also surprised to see such similarity between the logos for the Mayfield Mall and X. (left) Open for business! Pam Desrochers, Project Loon’s balloon manufacturing and fashion expert, dates this picture to the late 1960s based on hairstyles and shoes. On the right is a view of the same space today. Source: (left) City of Mountain View Library, (right) X

In 1986, Hewlett-Packard purchased the Mayfield Mall space and converted it into a service center that operated until 2003. After HP moved out, the building sat empty for a number of years before becoming home to X in 2015.

Today at X, there are still hints of The Mayfield Mall present throughout

Today, a large, flat roof that used to be a parking lot serves as a self-driving car test track or drone-testing zone. Rows of stores have been replaced with labs and the Mayfield Mall’s once-carpeted, main central hallway is now X’s “central expressway” (get it?), traversed by employees with laptops who are occasionally on bicycles, scooters, or even rollerblades, en route to a team meeting or stopping off for a coffee in one of the microkitchens.

One of several microkitchens where Xers gather for snacks and conversation

Over the last century, this plot of land has been home to enterprising cattle ranchers, curling champions, and visionary architects who modernized the suburban shopping experience. Today, X is a team of inventors on the daily quest for weird creativity and serendipitous discovery, and I think we’ve found our home sweet home at 100 Mayfield Ave.