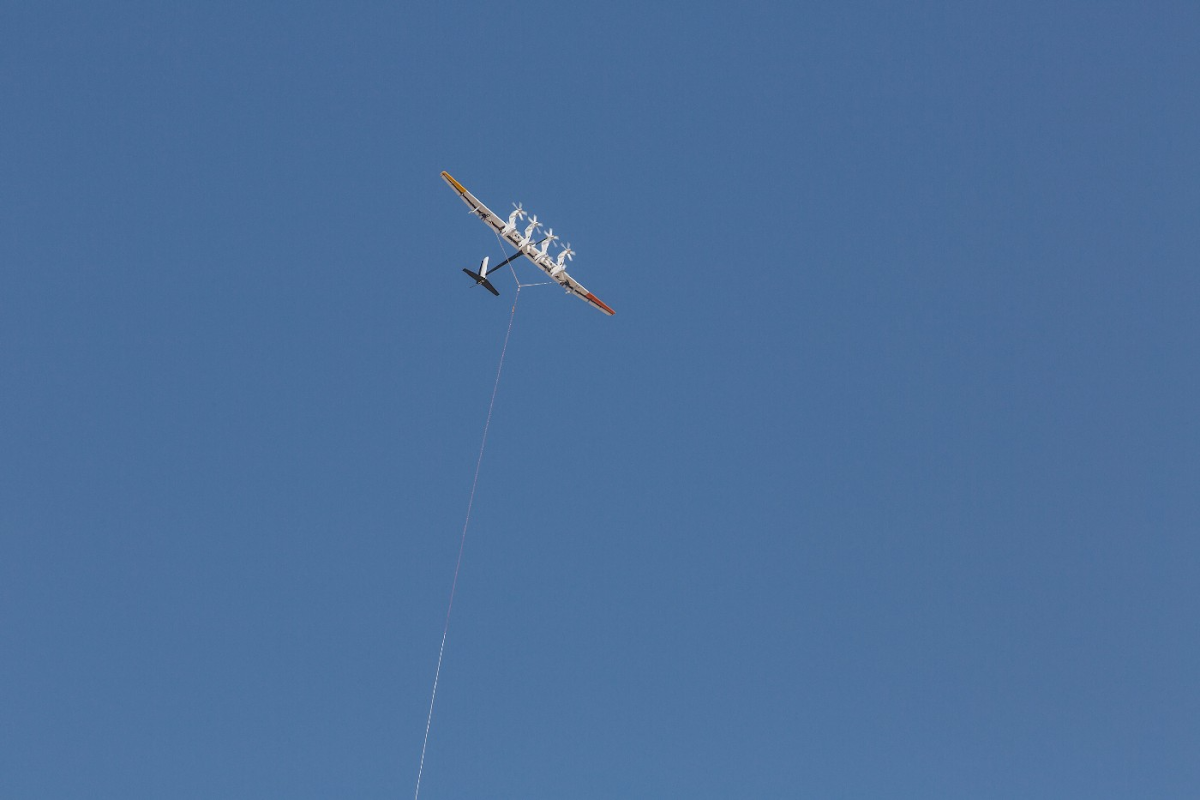 From kiteboard to energy kite

Editor’s note: This blog was originally published by the Makani team on May 16, 2017. In 2020 Makani’s 13-year journey came to an end. You can explore Makani’s 13 years of technical development and insights in The Energy Kite Collection. Thank you to everyone who supported the Makani team on their journey.

Even though the energy we use is largely invisible to us day-to-day, how our electricity is generated has a big impact on our planet, which is why many of us at X are exploring moonshots in clean, renewable energy sources. The Makani team is focused on unlocking the potential of wind energy. Currently only 4% of the world’s electricity comes from the wind, but easier access to strong, steady winds in more places on the globe could push that number far higher.

That’s where Makani’s energy kite comes in. Our core insight, dating back to our founding in 2006, is that we could build a new wind power technology capable of reaching altitudes not currently accessible to conventional wind turbines, where winds are stronger and more reliable. We’d do it with an aerodynamic wing mounted with rotors that spin in the wind to generate power and then send the electrons down a tether to the ground.

Here’s how it works. The propellers on the wing act like rotors on a helicopter taking off; this is what lifts the kite off its ground station and into the air. The kite takes off perpendicular to the wind, and once it climbs to a height of about 1,000 feet, the kite can begin looping without consuming any energy — this is called “crosswind flight”. If you take a kite out to the park on a windy day, you can experience this phenomenon firsthand. The air moving through the rotors on the wing during each loop forces them to rotate, driving a generator to produce electricity, which is then sent down a specially engineered tether to the ground. All the while, the kite’s path is managed by the flight computer, which uses GPS and other sensors to guide the kite safely, even in turbulent winds; it also brings the kite back down to land on the ground station.

A milestone for our latest prototype

Over the last few years we’ve been on a steady march down the path of prototyping, testing, learning, and iterating to see if we could turn a fledgling idea into a viable system for reliably generating electricity to power hundreds of homes. We started with a fabric kite powering a store-bought generator; this prototype had more in common with kiteboarding gear than anything else. We then moved on to developing rigid kites that could support onboard rotors; those prototypes helped us prove that the rotors could generate power reliably, and showed us what the optimum rotor shape and size might be.

Now, after 8 generations of prototypes of increasing size and technical sophistication, we have a high-performance carbon fiber kite with the wingspan of a small jet airliner. The system is designed to produce 600 kilowatts (kW) of electricity, enough to power 300 homes. We’ll be pushing to achieve that output in tests over the coming months. Our largest kite to date, it measures 85 feet across, and has 8 onboard rotors that are each 7.5 feet in diameter. For comparison, our previous prototype, Wing 7, was a 20 kW system measuring 25 feet across with 4 rotors 2.23 feet in diameter. Increasing the size of the system is crucial to getting the kite to commercial viability; each kite has to generate enough electricity to justify the cost of operating it. But with increasing size comes increasing weight — always a challenge when you’re building something that flies — and other types of engineering complexity.

That’s why our recent first-ever crosswind flight of the 600 kW kite was an important milestone for our program; it was the culmination of two years of work scaling up all the component systems from the earlier, smaller kite. Testing a prototype of this size begins with testing basic functions like turning the kite’s motors on and off, and getting the kite to hover above the ground while supporting it with constraints (a crane and tag lines) so we could learn how the individual components and systems behave. We also ran thousands of hours of flight simulations to predict how our kite would operate in the real world. These discrete tests were building blocks that enabled the team to work up to the ultimate test: removing all safety supports so the kite could loop over 1,000 feet in the air and generate power.

But, no matter how many preliminary tests and simulations you run, you’re never 100% sure how things will work out in the ‘wild’. Bringing the 600 kW kite out to generate electricity for the first time last December was exhilarating and I was awestruck watching it looping in crosswind flight for the first time — see for yourself.

As exciting as that was, our work isn’t done. We’re still in the early stages of testing the energy kite in power generation mode. In our first flight, the kite produced electricity on the downstroke and consumed energy on the upstroke. In the coming months, we’ll be testing new rotors and other system changes that are designed to increase power generation and enable the kite to generate more electricity than it uses. We’ll also gain a better understanding of how the kite interacts with the wind and how our controls handle different wind conditions. What’s more, we’re talking to companies in the industry to understand the technical and economic requirements for bringing our technology into the real world, and how we can best integrate with the existing energy ecosystem. We’ll keep you posted!

Editor’s Note: The final paragraph has been updated to clarify how our energy kite produces and consumes energy.