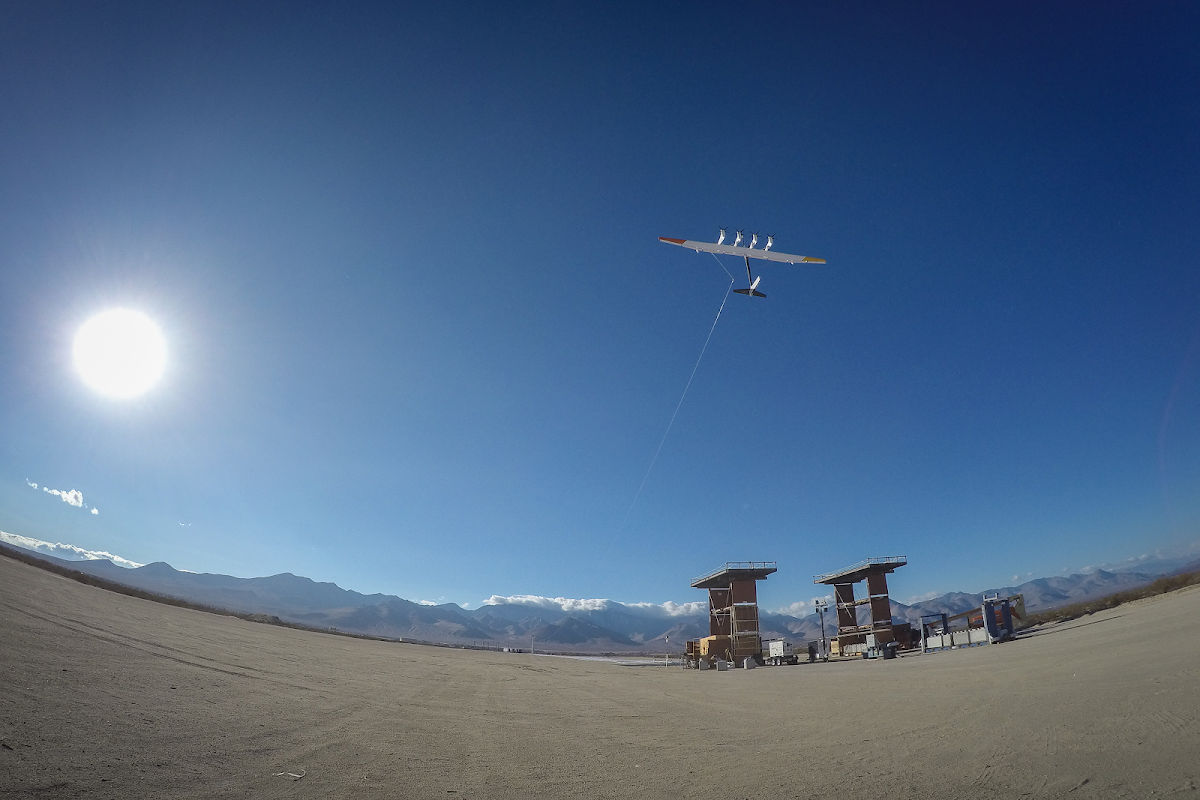 Change is in the air

Wind energy has the potential to power the world 100 times over, yet only 4% of the world’s electricity comes from conventional wind power. This opportunity is the reason the organizations gathering at the Airborne Wind Energy Conference this week — including a team of us from Makani — are so committed to our work, despite the long path to commercializing new energy technology.

At Makani, we’ve been on a journey of experimentation and iteration for almost 10 years, working our way toward a design that can make wind energy an option in parts of the world where it currently isn’t physically possible or economically viable. The Makani energy kite generates electricity by flying crosswind, in acrobatic loops, while anchored to the ground with a tether. The kite’s airframe, which is the size of a small passenger jet, has to handle loads of 10–15 G’s which puts both the kite and the tether under enormous stress. No aerospace or wind energy engineer has ever had to design for these demands before — it’s quite different than a jet airplane flying in a straight line from A to B, or a stationary wind turbine.

The Makani energy kite is an aerodynamic wing tethered to a ground station. As the kite flies in loops, rotors on the wing spin as the wind moves through them. Our latest prototype transfers up to 600 kilowatts of electrical power generated onboard down the tether to the grid.

A few months back, Makani’s M600 energy kite, our latest prototype, completed its first crosswind, electricity-generating flight. This was the first time that a commercial-scale airborne wind energy prototype, capable of powering up to 300 homes, successfully generated electricity. It was a breakthrough moment for the project, but a few hours of operation is just the start of the road to creating a safe, reliable energy kite that can generate electricity for 20+ years.

One of the challenges in building technology that has never existed before is that no one knows how an energy kite is supposed to behave in order to do its job. We do, however, have targets for how much electricity we want to generate, and a vision for the kind of control system we want to guide and monitor our kites so they can one day fly without human oversight. Figuring out the most efficient way to generate electricity and training the kite’s software control system will only happen after hundreds of experiments and thousands of hours of testing. That’s what we’ve been working on in 2017, and you can see some of our launching, looping and landing progress in our latest flight test video.

The tether, anchors the kite to to the ground station. It sends power to the kite to launch it into flight and transfers generated power back to the grid during crosswind flight.

A modular approach to testing

Although we aim to make our hardware as robust as possible from the start, it’s not until we run test flights that we know how the kite will respond. To manage this uncertainty and keep our testing schedule on track, we’ve embraced a modular approach to design so we can test and switch hardware components out quickly. We’ve built many parts of the kite so it’s easy to swap various elements in and out quickly while we figure out which designs perform best.

This has been especially helpful as we refine the tether design. The tether, almost half a kilometer long, anchors the kite to the ground and transfers the electricity generated by the kite into the grid. It’s essentially a medium voltage power line that needs to be as light as the rigging used on the world’s fastest sail boats, and as strong as the wire cables that hold up suspension bridges — and we’ve taken inspiration from both.

Finding the balance between weight and strength is critical. Our goal is to make the tether as durable and aerodynamic as possible in order to ensure it can withstand thousands of flight hours and transmit power efficiently. When testing with the M600 we used two tether prototypes that balanced our weight and strength requirements differently. Testing both designs not only gave us valuable insight into our design requirements, but it also saved us time. We didn’t have to bet the house on a single tether design only to have to pause our entire testing operation while we re-designed and fabricated a different one.

In addition to testing the kite in the physical world, we also test the kite virtually, using simulation tools that use physics-based models and our years of flight data. Each night, the kite runs through hundreds of simulations, while our team (and the physical kite!) rests. Then, when we wake up, we find the results: a set of predictions about how the kite will perform. We take the results of the virtual tests, go out and see how well they stack up against reality, and then make any necessary improvements.

Some simulations test specs for new hardware we’re designing, before we actually build it; for example, we’re currently working on our new tether design with the help of these tools. Other simulations teach us how to program the kite to fly in challenging conditions we haven’t yet experienced in the real world; we can see how turbulence or a sudden shift in wind direction would affect the kite’s behavior and impact its ability to generate power. This combination of virtual and real-world testing speeds up our development timelines dramatically.

The flight simulator, pictured here, helps the team train the kite to respond to a variety of adverse conditions.

The path to building anything new can sometimes feel long and daunting, but in this case, the opportunity justifies the patience and the effort to get there. Worldwide, hundreds of millions of people live within 25 miles of a coastline where winds are strong and steady, but two-thirds of coastal waters globally are too deep for conventional wind energy systems that sit on the seabed. Many islands and mountainous regions also have great wind resources, but it costs too much to use traditional wind technologies. It’s in areas like these, where conventional wind energy technologies don’t make economic or geographic sense, that airborne technologies have the greatest potential. That’s why I’m optimistic about the opportunity to extend access to clean energy across the globe and create airborne wind energy technologies that are safe, reliable and economical.