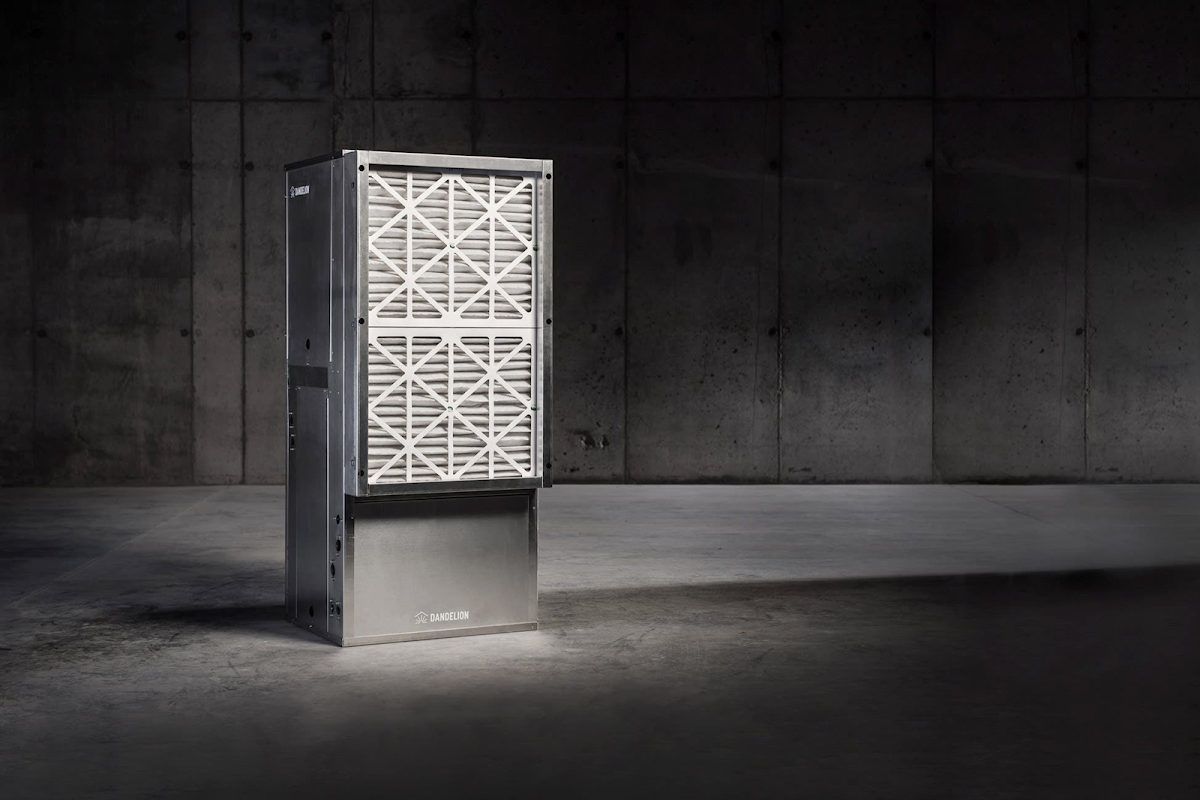 For the past few years, my team and I have been on a mission to make it easier and more affordable to heat and cool homes with the clean, free, abundant, and renewable energy source right under our feet: geothermal energy. Today, we’re announcing that our project has set up as an independent company (outside of Alphabet) called Dandelion. Dandelion will offer geothermal heating and cooling systems to homeowners, starting in the northeastern United States.

In the U.S., buildings account for 39% of all carbon emissions, mostly from the combustion of fossil fuels for heating and cooling. In the Northeast, heating and cooling is particularly carbon-intensive due to the relatively high use of fuel oil or propane as a heating fuel. This also leads to unpredictable costs for homeowners; if fuel prices rise during a particularly long and cold winter, their wallets take a hit.

Home geothermal systems can offer lower and steadier monthly energy costs because they use the energy in the ground under your yard. The ground stays at about 50 degrees Fahrenheit year round. In the wintertime, water circulating through U-shaped plastic pipes installed in your yard absorbs heat from the earth, and then a geothermal heat pump inside of your home turns it into warm air. In the summertime, the pump draws the warm air out of your home and the so-called “ground loops” disperse the heat into the earth.

These systems are most useful in climates with cold winters and hot summers, because there’s a large variation in temperature between the ground and the air. Unfortunately, they’ve typically required large up-front installation fees; this has discouraged consumer adoption, even though people in these regions currently spend a lot of money to heat and cool their homes. That’s why we decided to try to find a new approach that could make home geothermal more affordable.

The process of installing ground loops in homeowners’ yards has typically been messy and intrusive, using wide drills that are designed to dig water wells at depths of over 1,000 feet. These machines are unnecessarily large and slow for installing a system that needs only a few 4” diameter holes at depths of a few hundred feet. So we decided to try to design a better drill that could reduce the time, mess and hassle of installing these pipes, which could in turn reduce the final cost of a system to homeowners.

We began prototyping and testing all sorts of ideas, like modifying a jackhammer that could burrow itself into the ground; freezing the ground with liquid nitrogen and chipping the soil away with a hammer; and even using a high pressure water jet to obliterate the ground at rocket speeds. After months of testing, we hit upon a design for a fast, slender drill that hit our objectives. It could drill just one or two deep holes just a few inches wide, and compared to typical installation rigs, it produced less waste and took up much less space as it operated. It left a typical suburban backyard relatively undisturbed, so we could minimize landscaping costs for homeowners. Just as importantly, it was fast; we could install all the ground loops in less than a day, instead of the more typical 3 or 4 days.

What’s next for Dandelion

As a result of all these improvements, Dandelion is ready to open for business. The Dandelion system will cost homeowners much less than conventional systems, and we’re signing up our first customers now in the state of New York, where we’re also looking to partner with local heating and cooling installers. And we’ve developed a financing program that will allow homeowners to install a Dandelion system for no money down and save money from day one while locking in low, predictable payments for heating and cooling. To help us with sales and operations, we’ve just closed an initial round of seed funding, led by Collaborative Fund.

We’re grateful for our time at X and Alphabet, where we drew on X’s prototyping techniques and labs to develop our drilling technology faster than we ever expected. Now we look forward to helping New Yorkers enjoy an affordable, clean and abundant source of energy and, we hope, someday, a better planet.