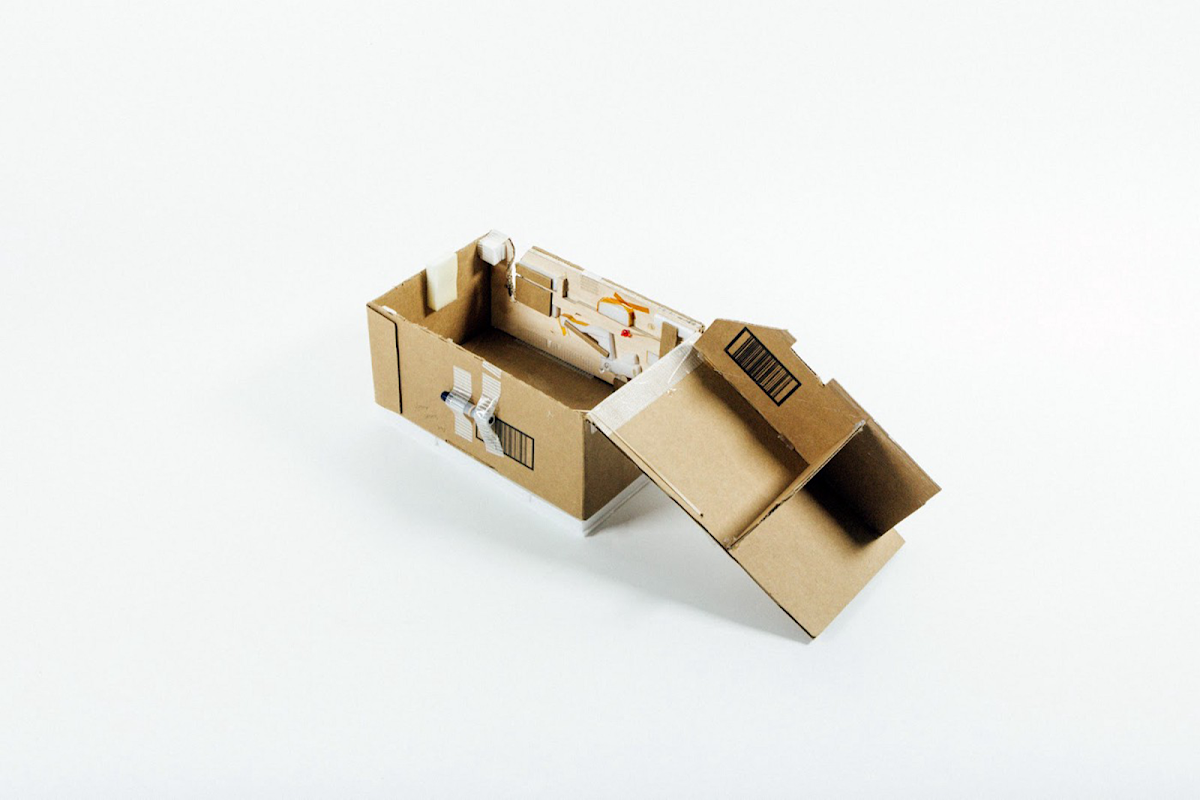 The scrappy reality of day-to-day innovation

At X, we can’t predict the future. Instead, we try to build it! It’s clear that a network of balloons designed to bring internet connectivity to remote parts of the globe, or an aerial delivery system that smooths out the transportation of goods are significant innovations. Less obvious are the smaller innovations that occur day-to-day on our way to making moonshots a reality, and how those little innovations come about.

This is a peek into the always-tinkering minds on the Project Wing team, and three things we’ve found to be true on our daily quest to create simple and beautifully engineered machines using tape, cardboard, and curiosity.

Many people imagine that innovation happens in “eureka moments”. You’re suddenly hit with a flash of inspiration, all obstacles fall away, and you realize the solution to your problem. In our experience a single eureka moment that solves the whole problem is a myth. Rather than experiencing one big eureka bang, we’ve found that the path to an answer is paved with eureka “hiccups.”

We constantly tinker, experiment and brainstorm as we try to solve problems, and every so often an offhand comment results in a crazy idea that actually works: that’s a eureka hiccup. The tinkering process is how we feed those small breakthroughs. Each quick and scrappy prototype becomes the starting point for the next iteration, building up source material for another progress hiccup.

For Xers and the Project Wing team, inspiration for innovation can be found everywhere; especially in everyday items or random objects. We’re inspired by conversations with colleagues, we fiddle with random items, and we marvel at everything from windshield wipers, to door latches, to climbing cams, to gym rowing machines…the list goes on!

We had a concept at one point that required a type of toggle mechanism. Rather than spend time and resources designing and building one from scratch, we grabbed a retractable “clicky” pen from the office supply cabinet and integrated it into a cardboard and rubber band prototype. It was definitely rough, but it got the idea across and helped us move forward quickly.

It’s no exaggeration when I say we are obsessed with simplicity. Sure, it’s fun to marvel at the complexity of an internal combustion engine or a mechanical computer, but when it comes to creating reliable and elegant solutions that will work the same way, thousands of times over and over, simplicity is best.

If we ever find ourselves designing or building something with a ton of moving parts, there’s this nagging feeling that we can do better. We ask ourselves, what can we strip away to make this lighter, faster, less expensive, or easier to understand? In our experience, the first idea we come up with is often the most complex, and it takes a bunch of work to take that initial approach and simplify it.

The cool thing about simplicity is that it’s universal. You can recognize simplicity in a design no matter what your background. That means that a simple design can be almost embarrassing to show others. We’ve gotten to the point that if someone says, “Well yeah, of course you’d do it that way…” then we know we’ve landed on a truly elegant solution.

There’s a design within Project Wing that started as a complex system of electronics and actuators and over two years’ work turned into two pieces of plastic with no moving parts. We can’t wait to show you!

To read more about why rapid iteration and building quick prototypes is so important, check out this post from my colleague André.