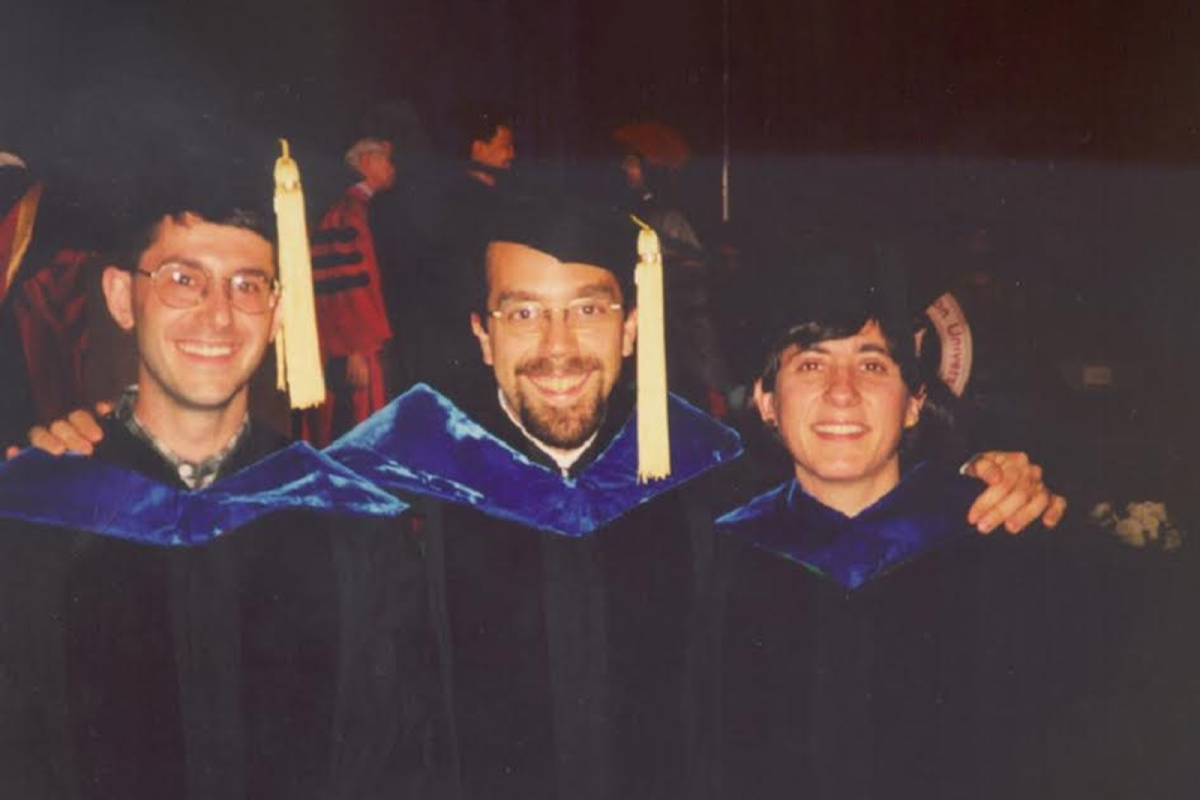 4 lessons from my mentor

and the power of betting on people

It was the fall of 1993 and I was about to start my post graduate studies at Carnegie Mellon University. Like all the other new students, I was shopping around for a thesis advisor. At that time, there was no shortage of professors to be advisors, so it really was a buyer’s market for new students like me.

From day one I knew I wanted to do my thesis on a particular area of machine learning (using techniques from evolutionary computation to learn whole computer programs and not just functions), and so I started pitching my idea to a bunch of professors. Every single time they would metaphorically pat me on the head and say something like “you can’t possible know what you’re excited about yet. Why don’t you come work with me first, and you can figure out later what you want to do?”

After lots of meetings like this, I wound up at Manuela Veloso’s office and gave her the same speech that I’d given everyone else. (I don’t know what possessed me to do this, when I had been shut down so many times, but I did). Unlike the others, Manuela gave me a different response. She said, “Let’s do this!”

I knew immediately that she wasn’t saying yes to my ideas. She didn’t know if what I was proposing was possible, but she saw my enthusiasm and decided to take a bet on me, not on the technology. So I picked her and I’m SO grateful that I did, because Manuela was one of the most important mentors I’ve ever had.

I didn’t pick Manuela for her resume; she was 12 months into being a professor at the time. I didn’t pick her for her technical talents; which were extraordinary, but they were a little different to the area that I wanted to work in (her area of expertise at the time was a part of machine learning focused on learning by analogy). And I didn’t pick her because she was a woman; although many of the traits that I most admired about her and have since tried to emulate, are most classically associated with women.

I picked Manuela because she understood the value of starting from people’s passions and supporting them, instead of putting people in a place that already exists and making sure they don’t color outside the lines.

Over the five years that I worked with Manuela on my Ph.D., I learnt a ton thanks to her direct mentoring and indirectly by watching her interactions with the rest of the university and the rest of the academic world. Four lessons in particular have stayed with me throughout my career:

#1: Be incredibly passionate about whatever you’re doing. If you’re not beyond passionate about it, stop doing it. Stop doing it right now. Manuela is like this and it’s how I try to live too. When you have this attitude, you end up being a force multiplier.

#2: Believe in your people. Believe they are all superstars in fact or superstars in training. You deserve it, and your team deserves it. Don’t remain wishy washy about anyone on your team.

#4: Don’t do your people’s jobs for them, but relentlessly and tirelessly help them get better at whatever it is they need the help with. If you believe that you have a team of superstars, your job is to help them get their superstar to come out.

Manuela now runs the Machine Learning Department at Carnegie Mellon University, and is one of the most respected computer scientists and roboticists in the world. It has meant a lot to me that she has achieved so much in her life because of her admirable traits. She showed me that you can be a steward of the people that you represent, while also being personally successful. She also demonstrated that you can be technically talented, while still also being open-minded to other people’s ideas, supportive and nurturing.

I knew that there was something special about Manuela from the moment I met her. And as I was reflecting on the women who have contributed to my life and career this Women’s History Month, I wanted to acknowledge Manuela’s fierce support. The lessons she taught me have stayed with me throughout my career, and I try to live up to the standard that she set for me with my teams at X every day.